The basic materials from which historians gain their understanding of the past include documents, photos, creative works, and artifacts saved from earlier times. These materials are known as primary sources. Historical research begins with a careful reading, observation, and analysis of primary sources

When looking at historic photos, consider questions such as these:

Like speeches and articles, photographs are a type of primary source* used by historians. They tell us something about the past through pictures rather than words. Some photos capture a slice of life; others are a posed moment marking a particular event. When you look at historic photos, ask questions* about it, examine the details, consider its historic context.

Following is a list of downloadable photographs contained in the Adlai Today Archive, that can be used for history research and education purposes. Many of these photos are also available throughout the Adlai Today website.

• 1950, May 30 - Adlai Stevenson II beside the Stevenson-Scott family grave stone

• 1961 - Adlai Stevenson II as U.S. Ambassador to the United Nations, speaking at a UN gathering

• 1965, July - Funeral motorcade outside the U.S. Embassy in London 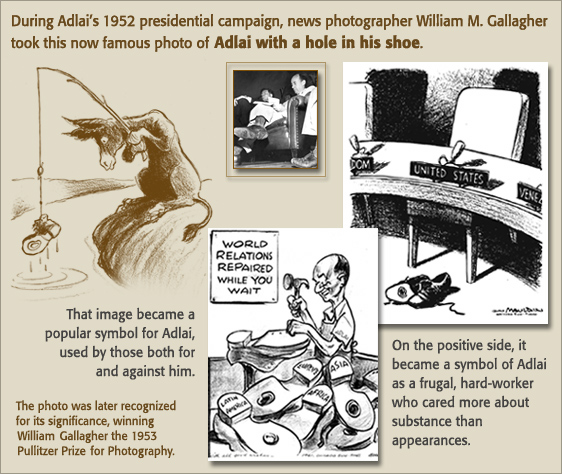